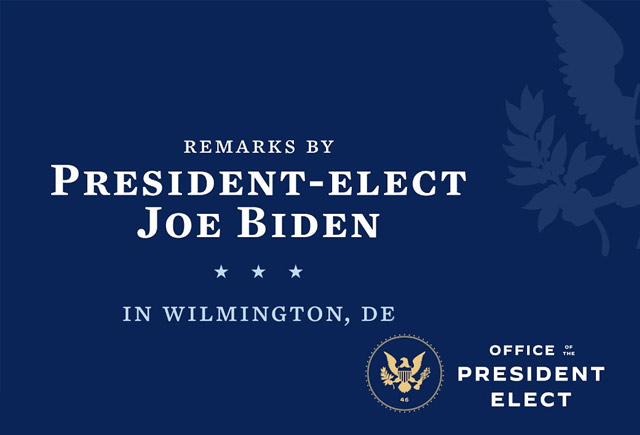 Tonight, President-elect Joe Biden outlined his bold $1.9 trillion “American Rescue Plan,” which is designed to defeat the coronavirus, support American families hurt by the economic fallout, and jump start the economy so the nation can move forward. PEF fully supports this comprehensive action plan, which includes almost $350 billion to help states and localities manage the budgetary damage caused by the virus. This proposal also includes significant additional financial and programmatic support for struggling American families, including a proposal to lift the federal minimum wage to $15 per hour.

“This afternoon, I received a call from New York Senator Chuck Schumer outlining the work he is doing with President-elect Biden to bring New York and our nation back stronger than ever,” PEF President Wayne Spence stated, “this is a great start.”

“In the end, we must remember that we are one state and one nation.  We must build back stronger together!  We thank Senator Schumer for his leadership and we look forward to working with the entire New York congressional delegation to help make this critical plan a reality,” Spence stated.