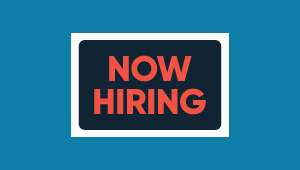 “PEF applauds Gov. Hochul’s decision to suspend the hiring freeze that has contributed to critical staffing shortages throughout the state workforce. Now it’s time to fill the more than 5,000 vacant full-time equivalent positions within the Professional, Scientific and Bargaining unit so PEF members can do what they do best – deliver quality public services to their fellow New Yorkers.

The dangers of staffing shortages were all too real on September 15 at Brentwood Secure Center in Claverack, N.Y., when juvenile residents of the facility broke through a door and proceeded to taunt and physically assault staff on duty. A PEF member working that evening was repeatedly kicked in the chest and taken to the hospital for evaluation. He will likely be out of work for a week. This violence happened, in part, because there are not enough staff working each shift at Brentwood. On any given night, in a facility that is supposed to have 20 people on each shift, the PEF council leader says they are lucky to have 12. As a result, youth programs have been severely curtailed and residents are not receiving the educational and other programs that help them direct their energy in positive directions and are part of the behavioral reform process. It’s time to stop playing games with short staffing at OCFS. The dedicated public servants who work there and the people they serve deserve better from the state of New York.”